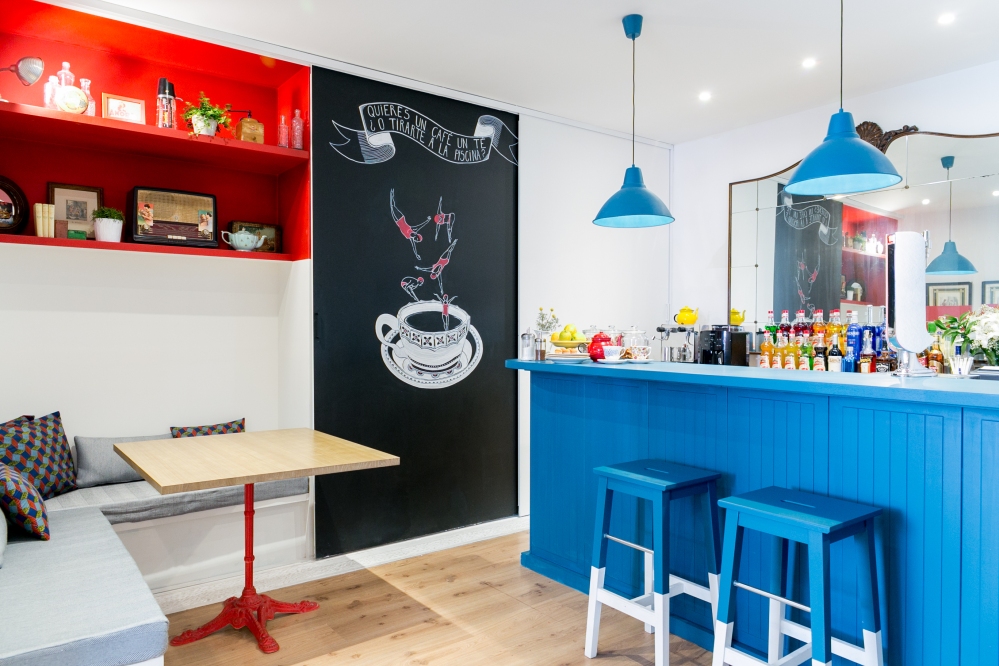 Madrid is made of noise. It can be noise of the wonderful kind – the kind that defines this bustling city whose gastronomic landscape is finally catching up with the world’s cosmopolitan capitals. It’s the noise of football fans taking their team’s victory from the pitch to the streets long after the final whistle. It’s the sound of revellers still partying at 6AM, uninhibited by their rising decibels as they look for the penultimate club to conquer. It’s the distinct pan flute whistle of the friendly neighbourhood afilador (knife sharpener) in search of blades to caress.

Yet Madrid’s noise can also be a permanent buzz in places where I don’t want it to be. (I confess to have shouted outside my window like a deranged abuela at 3AM trying to sleep when the partygoers have only just begun). It’s a rare treat to find a quiet restaurant, especially during the rush hour traffic of the lunch and dinner crowd.
So this is where I introduce a glorious recent discovery called La Piscine Café. This serene little oasis straddling the Chamberí and Chueca districts describes itself as Madrid’s first “coffice” or café office. La Piscine is owned by two French entrepreneurs, Estelle Marie and Julie, who’ve offered the city’s satellite entrepreneurs, writers and social media mavens a daytime digital habitat. The waltz of quirky decors, color blocked walls and lilting jazz music in the background lend it that distinct je ne sais quois-ness that transport you to a little haven away from the frenetic metropolis. 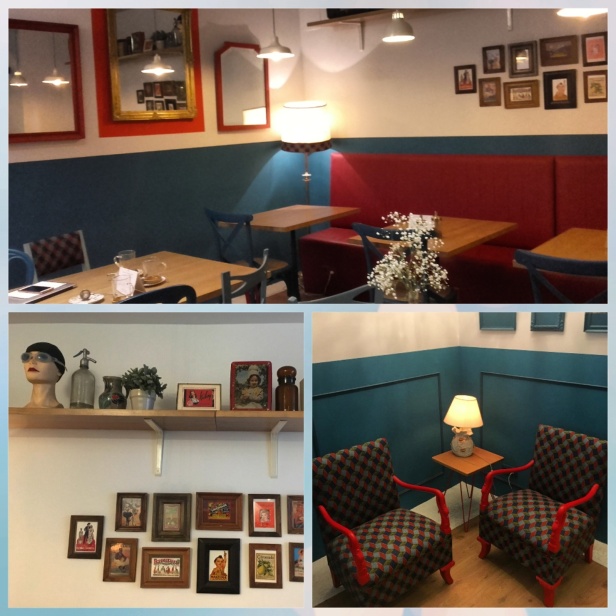 For only 4 euro, guests can avail of an hour’s worth of high speed Wi-Fi, printing services, coffee, tea, biscuits an snacks. Every subsequent hour is 3 euro, but regular guests can get an abono covering weeks or months of wireless working space. With charging outlets and even an overhead projector, it’s surely the most chic place in Madrid to hold meetings. On evenings, it turns into an afterwork bar and rentable event space offering wine and cocktails. Co-work, network and afterwork – this place is simply j’adorable.